The Battle to Open Textbooks


When I looked at the most significant trends in educational technology last year, I opted to write about the “Digital Library” in lieu of digital textbooks. And truth be told, it would be quite easy for me to make the same argument again in 2012: despite all the hype about “revolutionizing” the textbook, faculty and students are still slow to adopt digital versions. (Not to mention, sorry, but textbooks, yuck.)

In May, the Book Industry Study Group released the results of “a first ever survey of college faculty perceptions toward classroom materials” that found that most professors (88%) still prefer (and assign) the printed versions of textbooks and other class materials. The survey also found that while 32% of faculty reported making digital versions of textbooks available, just 2% of students said this was the primary way in which they accessed the materials.

Digital textbook provider Coursesmart issued a press release the same month with (not surprisingly) a sunnier view on adoption and usage. Coursesmart said that among the students it surveyed, more said they were likely to bring a laptop (51%) than a print textbook (39%) to class. Coursesmart’s survey also found that the vast maority students owned some sort of technology — laptop, phone, e-reader — which they used to study. But as The Digital Reader’s Nate Hoffelder noted, taking a closer look at the actual survey data, there’s a huge gap between using technology to study and buying digital textbooks. Students are definitely doing the former; the latter, not so much. 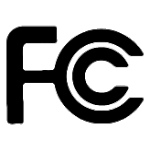 But that didn’t stop publishing companies, tech companies, governmental agencies, and non-profits from pushing digital textbooks this year. In February, the U.S. Department of Education and the FCC launched their “Digital Textbook Playbook,” a guide (a (67-page PDF) to help K–12 schools makes the transition from printed textbooks to digital ones. According to FCC Chairman Julius Genachowski, the goal is to get all students in the U.S. using digital textbooks in the next five years.

As I wrote at the time, I was a little dismayed by the PDF and by the oft-touted argument that the main reason we’d “go digital” are to make our kids’ backpacks lighter:

An argument for digital over printed content shouldn’t just be that we’re going to take those heavy print-bound tomes, scan them, and convert them to the beautiful weightlessness of bits and bytes. That seems like a gross failure of imagination to rethink what digital content (hell, let alone digital learning) can be. Truth be told, it feels like reprise of the decades-old promise of electronic publishing (which isn’t that surprising if you look at who helped the two government agencies write the playbook or if you see who the tech press has crowned as “the winner” of this announcement. Hint: it’s not students).

Apple and the Digital Textbook Counter-Revolution

In January, Apple held its first press event since the death of co-founder Steve Jobs. And after months of speculation — beginning with the hints in Walter Isaacson’s biography — we finally heard about the company's plans to “transform the textbook industry.”

I heard the plans in person, as I was fortunate enough to attend the event in New York City — the one Apple press event I’ll ever be invited to, I’m quite sure, particularly after I called the news the “digital textbook counter-revolution” and said this was “Apple at its worst.”

On stage in New York, Apple announced that it was partnering with the largest educational publishers — those who already controlled about 90% of the textbook market — so as to put their content onto iOS devices via a new iTextbooks app. Apple also unveiled iBooks Author, a (Mac-only) app that allows you to make your own digital books (and sell them exclusively through the iTunes store).

Proprietary educational materials from the largest educational publishers on a proprietary device from the most valuable company in history. Not so revolutionary.


But the trend I’ve identified for this post isn’t “proprietary educational materials on a proprietary device.” (Thank goodness!) It’s “Open Textbooks.” And while the major technology companies and publishing companies were making all sorts of deals this year — Microsoft bought a stake in Barnes & Noble, for example, Amazon started renting textbooks, Bookrenter launched Rafter to leverage its campus bookstore procurement/distribution technology, and Discovery Education launched “techbooks” — all in the hopes of getting their content into the hands of teachers and students (textbooks are a huge market after all), there was some real progress in making sure that content was free and openly-licensed.

The state of Utah announced in February its plans to build open textbooks for high school-level math language arts and science. The math and science books were to be remixes from CK–12, and the language arts books were to be developed locally. The state said the books were expected to cost $5 each (compared to roughly $80 for a “standard” textbook and even the $14.99 Apple boasted at its announcement in January). According to BYU professor David Wiley, some 6000 students used these open textbooks during the 2012–2013 school year, and 75,000 will as of next fall. (For more on the Utah “$5 textbook,” see Wiley’s talk from SXSWedu.)

In September, California governor Jerry Brown signed two bills into effect that would create a library of openly licensed textbooks for the 50 most popular courses taught at the state’s universities and colleges. And in October, British Columbia announced similar plans for a library of open textbooks — available for free online or for a low fee for a printed version.

The Publishing Industry Responds to “Open”


Despite these legislative successes, things weren’t all rosy for open textbooks in 2012.

In April, the Boston-based open textbook startup Boundless was sued by Pearson, Cengage, and Macmillan for copyright infringement. Boundless creates openly-licensed textbooks, “reverse-engineered” from the topics found in most major titles. As I wrote about the lawsuit back in April,

“The complaint doesn’t charge the startup with copying content per se, but contends it has ‘taken hundreds of topics, sub-topics, and sub-sub-topics that comprise Plaintiffs’ textbooks and copied them into the Boundless texts, even presenting them in the same order, and keying their placement to Plaintiffs’ actual pagination. Defendant has engaged in similar copying or paraphrasing with respect to the substance of hundreds of photographs, illustration, captions, and other original aspects of Plaintiffs’ textbooks.’”

The lawsuit raises a number of interesting questions about copyright — can you copyright a Table of Contents? What counts as a derivative work? — and it could have serious ramifications for open textbook initiatives. As long-time open education advocate David Wiley wrote in response to the suit, the strategy of the publishers seemed to be to “connect the dots to shape public opinion toward the idea that ‘OER = cheap copiers without creativity and who lack basic respect for copyright.’ Whether or not they win this specific lawsuit, the publishers get their wish – the first exposure to ‘OER’ for most Americans will be on the publishers’ terms, equated to theft, piracy, killing bunnies, and the end of civilization generally.”

But while one arm of Pearson was trying to shut down an open textbook startup, another arm wanted to make sure it could still get a piece of the OER action. In November, the publishing giant launched Project Blue Sky, a search engine to help people find OER as indeed, discoverability remains one of the major obstacles to OER adoption.) But Project Blue Sky won’t just surface OER; it’ll surface proprietary (Pearson-owned) content too. (In his analysis of the news, Phil Hill argues that “The impact of Project Blue Sky will probably tell us as much about Pearson’s ability to transform itself from a textbook to a digital services company as it does about OER adoption and acceptance.”)

Pearson’s Project Blue Sky. Pearson v Boundless… If the publishing industry and the courts weren’t offering enough challenges to OER, venture capitalists too began putting the squeeze on open textbooks. In November, long-time open education darling Flat World Knowledge announced that it would no longer offer its textbooks for free. The move raised all sorts of questions about whether or not its textbooks would (could) remain openly licensed and what exactly “open” means when it doesn’t include “free.”


As I chronicle all that’s happened this year with both proprietary and open-licensed digital textbooks — the adoption, the usage patterns, the lawsuits, the laws, the launches — I realize it probably looks like a real mixed bag for OER. But I’d argue that the bright spot in all of this is really bright — and it isn’t just the governmental nods to open textbooks in California, Utah, or British Columbia. It’s the rise of the textbook hackathon.

There are plenty of DIY e-book tools available now, including ones that are open source and that support openly-licensed and DRM-free content. Pressbooks, for example, has opted to open source its book-building tools. GoodSemester launched in early spring — it’s since rebranded — to make it easier for people to share and work with OER. And although lots of startups say they want to be the “GitHub for Education,” there’s actually GitHub itself, which works quite well for uploading, sharing, and forking text, HTML, and Markdown files. (I posted all my old syllabi there this year.)

But the textbook hackathon isn’t just about taking advantage of these textbook-building technologies. It’s about bringing together authors and experts and learners to collaborate on writing the content. South African non-profit Siyavula has found success offering two to three weekend-long workshops, where volunteers come together to author free textbooks. (Its textbooks are distributed by the Department of Basic Education to every learner in the country taking Physical Science and Math in grades 10-12.) There have also been textbook hackathons in Finland, Boston, and elsewhere, covering a variety of math, science, and CS topics.

When I wrote about textbook hackathons after watching the Siyavula presentation at OpenEd12, I asked,

How else can we expand these sorts of events to create textbooks for other disciplines — and, of course, to create materials that extend beyond textbooks as well. Why couldn’t we build annotated versions of the fiction found on Project Gutenburg, for example?


Wikipedia has made efforts recently to convince professors to make editing the collaborative encyclopedia a class assignment. It seems as though there are many more opportunities for us to do this sort of work — as researchers, as educators, and as students — to contribute to open education, to build educational materials together, license them openly, make them easily and freely accessible to learners, and as [John] Willinsky argued, to give back to our local libraries, to the community, and to the public domain.

The proprietary publishers added all sorts of bells and whistles to their textbooks this year — high resolution images, embedded YouTube videos, analytics so you can track how much your students have read, deals with schools that bundle the costs in with tuition fees, and so on. (Much of the xMOOC trend is quite textbook-like too.) But none of this feels particularly transformative.

The most exciting change in digital textbooks, I would argue, comes with efforts like these hackathons, where teachers and learners are the creators not just the consumers of OER. (At that point, I think the word “textbook” will be entirely the wrong way to describe things. And amen to that, I say.)

Disclosure: Discovery Education paid for me to travel to a Beyond the Textbook forum earlier this year. I also conducted some research for Portland-based Drupal shop Funny Monkey on the topic of open textbooks.